All the members were already a part of another girl groups.

Idol Drama Operation Team was created to put seven girl group members together and make a drama created by the members with the help of some guests. The semi-autobiographical drama they created titled Let's Only Walk The Flower Road which aired on June 26, 2017 through Naver TVCast and Naver V App. It aired daily for 8 episodes until July 3, 2017.

Ten days after the conclusion of the drama, the group was created and held their official debut stage on Music Bank July 14, 2017 with "Deep Blue Eyes".[1] 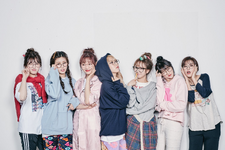 Retrieved from "https://kpop.fandom.com/wiki/Girls_Next_Door?oldid=150284"
Community content is available under CC-BY-SA unless otherwise noted.