Mint Green
GIRLKIND (걸카인드) is a five-member girl group under Nextlevel Entertainment. They debuted on January 17, 2018 with the single "Fanci".

Before the formation of GIRLKIND, Xeheun (before changing the spelling of her given name, Seheun) competed on Produce 101 in early 2016.

The group's YouTube channel launched in July 2017, consisting almost entirely of the 10-part web series 세흔TV (SeheunTV), featuring Seheun and her little sister doing dance covers and going shopping. Slowly, other members began to appear in some of these videos; the first to feature all five members was uploaded on October 22 of the same year.

GIRLKIND became the channel's singular focus in January 2018, starting with "official teaser" videos for each of the five members, one uploaded per day over the first weekend of the year. The digital single "Fanci" became their official debut on January 17, 2018, followed closely by the mixtape "Broccoli" in April.

The next several months included uploads of several dance practice videos and the "1 minute KIND" web series. Their second digital single, "S.O.R.R.Y" was released in June of the same year. The group released mostly vlog-style videos for the rest of the year, uploading content individually or only as a 4-piece starting in July. Sometime during late 2018 or early 2019, Medic Jin officially went on hiatus, taking a break from GIRLKIND activities. This concluded a year of relatively little activity from the group.

On January 17, 2019, a "GIRLKIND UNIVERSE" teaser trailer was uploaded to the official channel. The trailer gives a brief summary of their previous activity, and strongly hints at an official comeback including all five members in 2019 (however, Medic Jin is portrayed only in silhouette). As of May 8, the group appears to be officially back together, with content including all five members appearing on their YouTube and Instagram accounts.

On March 22, 2020, Nextlevel Entertainment announced that Sun J will be taking a hiatus from the group in order to focus on her studies at Gimpo University.[2] 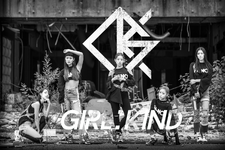 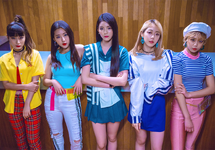 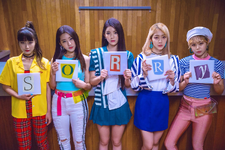 Retrieved from "https://kpop.fandom.com/wiki/GIRLKIND?oldid=172241"
Community content is available under CC-BY-SA unless otherwise noted.