Pedora
FLASHE (플래쉬), stylized as FlaShe, was a four-member girl group under Play Music Entertainment.[1] They originally debuted as five in July 2012 with the single "Drop It Pop It".

On January 31, 2020, the group posted on their Daum Café that they would be disbanding on February 1.[2]

Prior to the group's official debut, member Gaeul was a part of the female trio BeBe Mignon.

2012: Debut with "Drop It Pop It" and members' departures

On July 4, the group made their official debut with the single "Drop It Pop It", the digital release also included the B-side "Bounce Bounce" and instrumental versions of both tracks. Back then the group consisted of five members: Narae, Choa, Gaeul, Seolhee and Songhee.

Shortly after the group's debut members: Choa, Gaeul and Seolhee, decided to leave the group for unspecified reasons.

After adding SuA, GoUn and Yeji, to the line-up, the group made their first comeback on October 1, with the digital release "Oh, Ye, Yo", the single also included the B-side "Superstar".

On January 3, the group released a rock version of "Oh, Ye, Yo", following it up with the ballad track "The Flowers" on April 30.

On May 19, the group released their fifth digital single titled "Hey You". Shortly after the release member Songhee left the group due to health issues.

The group made a comeback as four on January 7, with their sixth single "My Day", the release also included the B-side track "You Are That Person".

On July 29, FLASHE released their first special summer single "The Star of Stars".

On January 7, the group made a comeback with "Lip Bomb", the single's concept was radically different to their previous releases.

In July, members were selected as models for the cosmetics brand urban8.[3]

On August 8, they returned to their cute concept with the single "Cutie Girl", also known by it's alternative title: "Ippn Girl". Sometime after the release members: SuA and GoUn decided to leave the group.

Shortly before the group's comeback two new members Minseo and Yaerin were introduced through teaser images, on August 24 and 25, respectively. FLASHE released their third special album "FLASHE Season Album" with the title track "Popping" on August 28.[4][5]

In early 2018, member Yeji decided to leave the group for unspecified reasons, the last post mentioning her was on January 9. She was then quickly replaced by Seryeong (a former member of Vetty-L), even though never officially introduced, the first post including her is from February 25.[6][7]

On July 3, FLASHE made a comeback with their fourth special release "Baby Lotion"

On September 26, it was confirmed that Minseo had left the group due to a back injury. She was replaced by a new member Sujin on November 8.[8][9]

On July 16, the group released their first mini album titled Talk, through a crowdfunding campaign through the platform Culture Bridge. The release did not include any new tracks; past title tracks serving the purpose of B-sides.[10]

On January 31, the group posted on their Daum Café that they would be disbanding on February 1, after member Narae decided not to renew her contract. Following the announcement members posted "goodbye" letters, thanking fans for their support.[2][11][12][13][14] 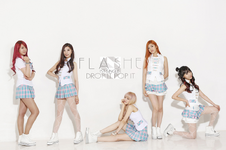 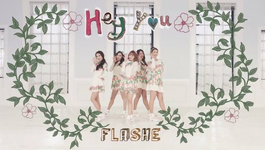 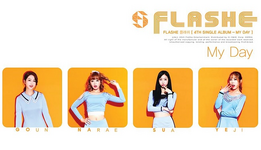 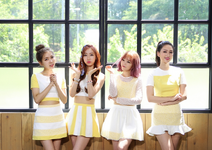 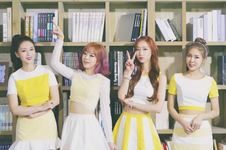 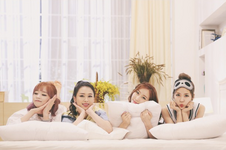 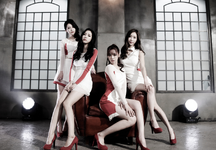 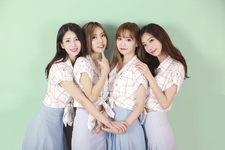 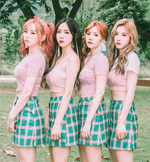 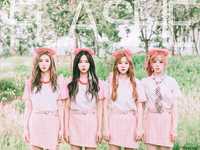 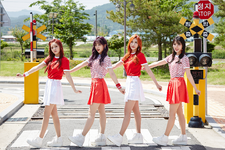 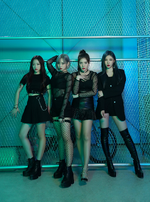