Eunjin (은진) is a South Korean singer under Coridel Entertainment. She is the main vocalist of the girl group Playback.

She made her solo debut on June 9, 2017 with her first digital single "I Understand".

She was set to debut in the original lineup of Playback in 2015, but left shortly before the group's debut due to unconfirmed rumors that she was an EXO sasaeng fan. She stayed in the agency as a trainee and later re-joined the group on April 13, 2017 for their comeback with "Want You To Say".[1]

In 2016, Eunjin was a contestant on the survival show Produce 101 where she represented Clear Company. She left the show during the fourth episode due to health issues. Later that same year, she also participated in K-pop Star 6: The Last Chance. 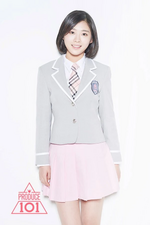 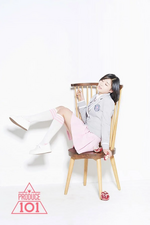 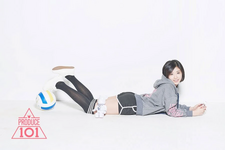 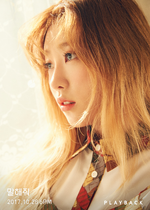 "Want You To Say"

Retrieved from "https://kpop.fandom.com/wiki/Eunjin_(Playback)?oldid=161604"
Community content is available under CC-BY-SA unless otherwise noted.