Lostboy, Ryan Jhun, Alawn ("Eleven")
Willie ("Take It")
"Eleven" (stylized in all-caps) is the debut single album by IVE. It was released on December 1, 2021 with "Eleven" serving as the single's title track.

The physical album comes in two versions: 1 and 2.

On November 8, 2021, a coming soon teaser was posted on the group's social networks and announcing their debut date on December 1, 2021.[1] Two days later it was revealed that the group's first single would be titled "Eleven"[2]

On November 11, 2021, the promotion schedule for the single album was revealed.[3]

The group promoted the track on several music shows including Music Bank and Inkigayo.[6][7]

On December 1, 2021, it was reported that the album had achieved 56,209 copies sold in its first day of release. A week later, on December 8, Hanteo Chart reported that the album's first week sales was 152,229 copies sold, making it the highest-selling debut album by a girl group in 2021 and the second-highest first-week sales performance by a girl group's debut album in chart history.[8] Within its first month of release, the album sold over 260,000 copies, ending the year as the 49th best-selling album of the year in Korea.[9]

After the start of promotions the title track "Eleven" climbed the Korean charts reaching the Top 10 on all major digital charts.[10][11] The single also reached the TOP 10 on the Gaon Digital Chart.[12]

On December 8, 2021, - just 7 days after debut - the album helped IVE achieve their first-ever music show win on Show Champion.[13] They share the record for fastest first-win by a girl group (7 days) with VIVIZ.

On February 10, 2022, the album was certified Platinum by the Korean Music Contents Association (KMCA) for selling 250,000 copies on Gaon.[14] Eight days later, on February 18, "ELEVEN" achieved its 13th music show win on Music Bank - thus becoming the most decorated debut song by a K-pop group in history.[15]

On December 10, 2021, official merchandise was made available through STARSHIP SQUARE. 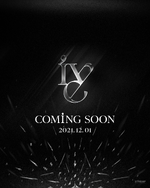 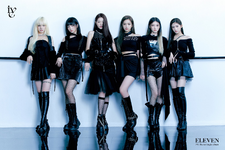 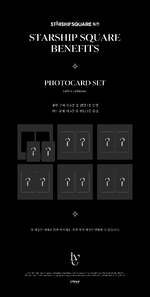 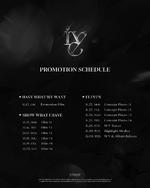 On December 17, 2021 exclusive behind the scene photos from the music video shoot were released through Starship Entertainment's Naver blog.[27]