EVERGLOW (에버글로우) is a six-member girl group under Yue Hua Entertainment. They debuted on March 18, 2019 with the single album "Arrival of EVERGLOW".

On February 17, 2019, Yue Hua revealed that they would debut a new girl group named EVERGLOW. On the same day, they opened the staff and group's Twitter, Instagram, and Fancafe accounts. On the group's social media accounts, a teaser was posted revealing the official logo of the group.[1] On February 18, an article was published on Naver, revealing that former Produce 48 contestants Kim Sihyeon and Wang Yiren were included in the group's lineup. Later that same day, a teaser video was posted on Stone Music Entertainment's channel on YouTube, confirming Sihyeon as the first member.[2][3] The following day, Mia was revealed as the second member,[4] followed by Onda on the 20th,[5] Yiren on the 21st,[6] E:U on the 24th,[7] and Aisha on the 25th.[8]

EVERGLOW debuted on March 18 with the single album "Arrival of EVERGLOW" and its title track "Bon Bon Chocolat". They held their debut stage on the 21st on M Countdown.[13]

On August 19, the group released their second single album "Hush" and its title track "Adios". At their comeback showcase on the same day, they revealed their fandom name to be "Forever" after the group's desire to be with their fans forever.[14]

On January 19, EVERGLOW announced they will be releasing their first mini album Reminiscence on February 3.[15]

It was revealed on January 24 that the group would hold their first world tour titled EVERGLOW: Everlasting Tour, starting on March 6 with their U.S. leg. The leg will make stops in Dallas, Atlanta, Chicago, Jersey City, and Los Angeles.[16]

It's also rumored that Yena from IZ*ONE will join the group after the disbandment of IZ*ONE in 2021. 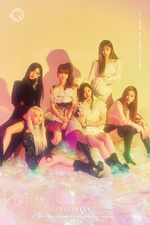 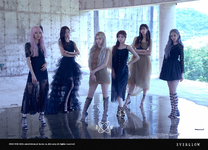 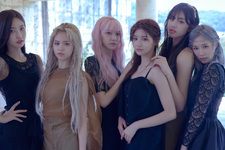 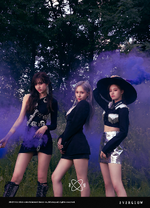 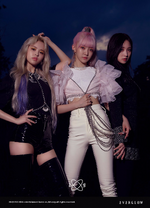 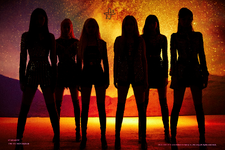 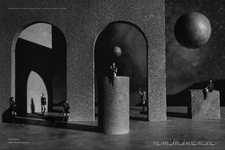 Official logo (for "Arrival of EVERGLOW")

Retrieved from "https://kpop.fandom.com/wiki/EVERGLOW?oldid=165863"
Community content is available under CC-BY-SA unless otherwise noted.