EJ (이제이) is a South Korean model and former rapper. She is a former member of the girl group D.Holic.

EJ was assigned the role of the girl crush member within the group. In hopes of strengthening that image, H Mate Entertainment made her wear a mask during performances, shoots, V Lives, etc.[2]

In 2017, EJ left the group without an official statement being released. After her departure from the group, she started working as a model. 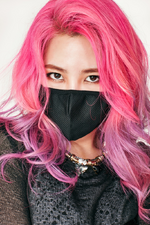 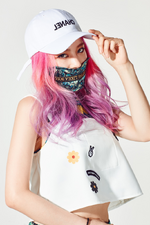 Retrieved from "https://kpop.fandom.com/wiki/EJ_(D.Holic)?oldid=168264"
Community content is available under CC-BY-SA unless otherwise noted.