Doyoung (도영) is a South Korean singer under YG Entertainment. He is a member of the upcoming boy group TREASURE.

In 2018, Doyoung participated in YG Entertainment's new survival show, YG Treasure Box. At first he was not selected for the main group, TREASURE, however, on January 29, 2019, YGE announced that he would form a second group from the show, called MAGNUM, and he was one of the members. The groups would promote together as TREASURE 13, and also eventually separated as two units.

Unfortunately, due to scandals surrounding the agency, the debut was postponed.

On January 6, YGE posted a notice on their official website stating the group's future plans. This included re-organizing as a 12-member group and the integration of the two units, TREASURE and MAGNUM, into only one group named simply as TREASURE. 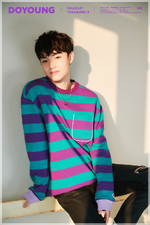 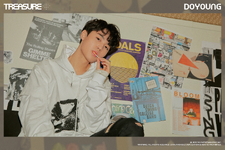 Retrieved from "https://kpop.fandom.com/wiki/Doyoung_(TREASURE)?oldid=159273"
Community content is available under CC-BY-SA unless otherwise noted.