Daisy (데이지) is a South Korean singer under MLD Entertainment. She is the main rapper, main dancer and sub-vocalist of the girl group MOMOLAND.

She was one of the contestants of Finding Momoland that did not make in the group, but was later added on March 28, 2017.

She was born in Seoul, South Korea and later spent 11 years living in Vancouver, Canada. Like Ahin and Nancy, she speaks English fluently.

In March 2017, she joined MOMOLAND and successfully debuted together with the additional member Taeha of the group's official return in April. Daisy is in-charge as the main rapper[3] of the group and replaced Yeonwoo in position.

She was a former host of Pops in Seoul with her fellow member Nancy.

On January 7, 2020, KBS broadcast an interview with Daisy on News 9. She claimed that Finding Momoland was rigged, stating the agency already planned to place her into the group despite being eliminated and that the chosen members had to pay for the production costs. She also explained that she has been in conflict with MLD after being prevented from promoting with the group since May 2019. When requesting to have her contract terminated, her agency demanded a 1.1 billion won penalty for breaking the contract. MLD Entertainment denied the claims stating that they were one-sided and have asked for an official apology from KBS.[4][5][6]

On February 14, 2019, it was reported that she and IKON's Song have been been dating for three months. Her agency, MLD Entertainment, and Song's agency, YG Entertainment, issued conflicting statements, the former confirming the report while the latter denied it, explaining that they have met a few times but are not dating.[7] 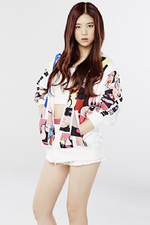 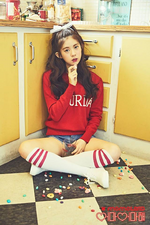 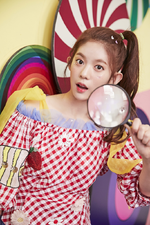 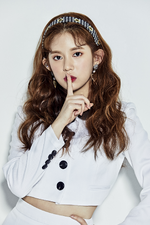 Retrieved from "https://kpop.fandom.com/wiki/Daisy?oldid=159961"
Community content is available under CC-BY-SA unless otherwise noted.