Dahyun Korean: 다현; Japanese: ダヒョン) is a South Korean singer under Woollim Entertainment. She is the maknae of the girl group Rocket Punch.

On July 23, 2019, Woollim Entertainment released a concept film showing the six members of their new girl group, Rocket Punch, for the first time, with Dahyun being one of them.[1] On July 24, her solo concept film was released.[2] 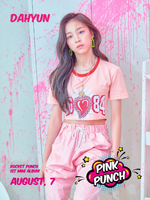 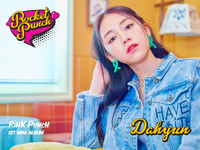 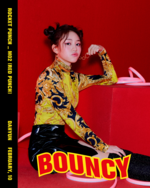 Retrieved from "https://kpop.fandom.com/wiki/Dahyun_(Rocket_Punch)?oldid=174132"
Community content is available under CC-BY-SA unless otherwise noted.