Clé : Levanter (stylized as Clé : LEVANTER) is the fifth mini album by Stray Kids. It was released on December 9, 2019 with "Levanter" serving as the album's title track.

The album was originally set to be released on November 25, 2019 but was delayed due to Woojin's departure on October 27, 2019. 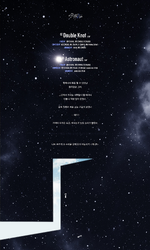 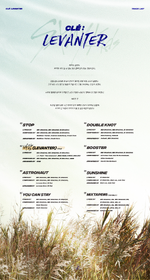 Retrieved from "https://kpop.fandom.com/wiki/Cl%C3%A9_:_Levanter?oldid=173248"
Community content is available under CC-BY-SA unless otherwise noted.