Choi Min Hwan (최민환) is a South Korean musician and actor under FNC Entertainment. He is a member of the boy band FTISLAND and its sub unit FT.triple.

In September 2017, Min Hwan and LABOUM former member Yulhee confirmed that they were dating and in January 2018 announced their engagement and upcoming marriage to be held in October.[1][2]

On November 28, 2018, it was revealed he and his family will be cast members on the show Mr. House Husband starting on December 5, 2018.[5] On the August 28, 2019 broadcast of Mr. House Husband, Yulhee confirmed her second pregnancy with twins.[6]

On February 11, 2020, it was announced that Yulhee had given birth to twin daughters.[7]

On February 24, 2020, his agency confirmed that he entered the military training center and he will serve as a reserve soldier. Also is confirmed their family will step down from the program Mr. House Husband, with their last episode set to air on February 26.[8] 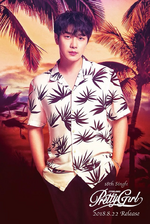 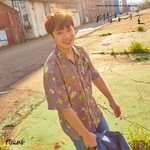 Retrieved from "https://kpop.fandom.com/wiki/Choi_Min_Hwan?oldid=167447"
Community content is available under CC-BY-SA unless otherwise noted.