On August 20, 2017, FNC Entertainment revealed a teaser for a new eleven-member girl group that is to be revealed on August 22.[2] On August 21, the first member Yuju was revealed with the date "2017.08.23 00AM" in the caption,[3] this was followed by the second member Jiwon on October 22.[4] Following Jiwon's reveal, no new members were revealed in the following days and no updates were given on the situation until over a month later, on October 3, the third member Bora was revealed.[5] However, yet again, no further news about the group was released after Bora's reveal, hence it was presumed that FNC Entertainment had either delayed or cancelled the group debut.

On January 4, 2019, a teaser website was launched for the group’s debut, with a clock featuring a count down for the debut and another one for the title track reveal.[18] On January 6, the title track "Q&A" was revealed along with the debut single album name, "Let's Play Cherry Bullet" and the debut date as January 21.[19][20]

On May 22, Cherry Bullet made their first comeback with their second single album "Love Adventure" with "Really Really" as the title track.[21]

On December 13, FNC announced the departures of Mi Rae, Kokoro, and Lin Lin, with the group to continue on as seven.[22]

On January 28, it was announced that Cherry Bullet will be making a comeback on February 11.[23] On February 3, it was revealed the group would be releasing their first digital single titled "Hands Up". From February 4 to 10, the members concept photos were released. The teasers for the music video were released on the 7th and the 10th.[24]

On February 6, FNC unveiled the official lightstick of the group, which described as "red like a cherry and in the shape of a gun". The product is available for purchase on the online FNC Store.[25] On February 10, the official fandom name of the group was revealed to be "Lullet", which is pronounced similarly to "roulette" and is a shortened form of "Love Cherry Bullet". Lullet is also an acronym for the words "love", "unique", "light", "laugh", "everlasting" and "treasure". This acronym means that Cherry Bullet's fans are unique treasures who love Cherry Bullet and make them shine and laugh forever.[26]

The information in the "specialty" and "level" ranks corresponds to their debut as they have not been updated since. 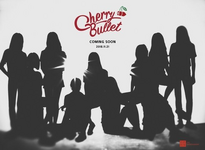 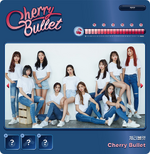 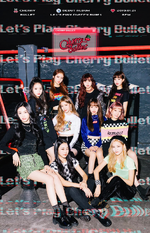 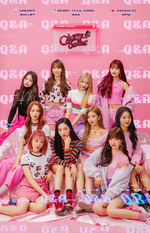 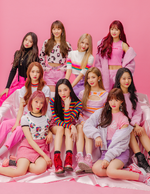 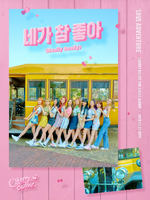 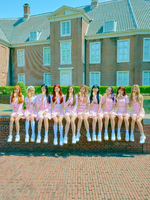 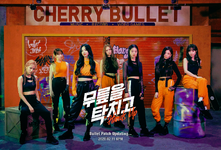 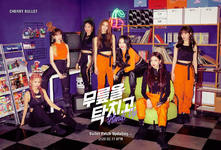 Retrieved from "https://kpop.fandom.com/wiki/Cherry_Bullet?oldid=201238"
Community content is available under CC-BY-SA unless otherwise noted.