LUVITY[1]
CRAVITY (크래비티) is a 9-member boy group under Starship Entertainment. They made their debut on April 14, 2020 with Hideout: Remember Who We Are - Season1..[2]

Their name stands for "Center of Gravity" and combines the words "Creativity" and "Gravity" to bring you into their universe with a unique charm.[3]

On February 13, 2020, Starship revealed that they would be debuting a new boy group in the first half of the year with Kang Min Hee and Song Hyeong Jun joining as members.[4] On March 15, Starship opened the group's official SNS accounts and the name revealed to be CRAVITY.[3] The first three members were revealed the following day: Serim, Allen, and Jungmo. On March 17, Woobin, Wonjin and Minhee were revealed, followed by Hyeongjun, Taeyoung, and Seongmin on the 18th.

On March 24, CRAVITY released a "coming soon" teaser photo titled "CRAVITY: SEASON1. [HIDEOUT : REMEMBER WHO WE ARE]" which Starship later confirmed that the group's debut would be on April 14.[5] 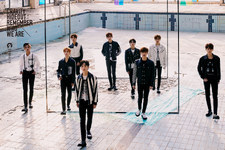 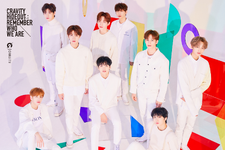 Retrieved from "https://kpop.fandom.com/wiki/CRAVITY?oldid=190639"
Community content is available under CC-BY-SA unless otherwise noted.