Brand New Day (브랜뉴데이) was a three-member girl group under Wannabe Management. They debuted on January 7, 2009 with the mini-album Lady Garden. The group didn't officially disband, but their last activity was in 2009.

The group debuted in January 2009 under Castle J Entertainment with their first mini-album Lady Garden and the title track "Survivable".[1] On June 9 Member Chae Rin together with the solist Ilac recorded a digital single called "I Have Someone Else".[2] Brand New Day made a comeback on June 16 with the single "Mascara".[3] later the same month they sang an OST for the drama “Boys Before Flowers” titled "Almost Like Love (사랑같은 거)".[4] Their last release was the digital single called "Soulmate" on July 27.[5] Later they were listed under a new company - Wannabe Management.[6]

The group's last known activity was in 2009, so it's assumed Brand New Day disbanded.

In 2011, member Soo Ah debuted as a soloist under the stage name Geum Dan Bi. 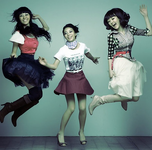 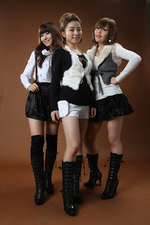 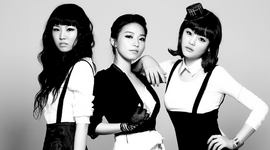 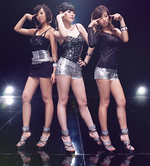 Retrieved from "https://kpop.fandom.com/wiki/Brand_New_Day?oldid=144632"
Community content is available under CC-BY-SA unless otherwise noted.