Blue Fox (파란여우들) is a five-member girl group under Blue Fox Entertainment. They debuted on October 12, 2018 with the single "I Believe I Can Fly".

On November 27, 2019, the group posted a photo on their official Instagram revealing that they have gone through a line-up change, later on it was also confirmed that members: Aria, Daya and Hae Na, left the group for unknown reasons.[1] 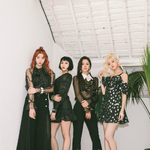 "I Believe I Can Fly" 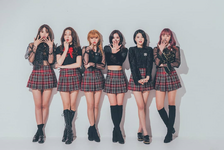