Ben (벤) is a South Korean singer under MAJOR9. She first debuted a member of the girl group BeBe Mignon in 2010. After their disbandment, she debuted as a solo artist on September 18, 2012 with the single "Don't Go Today". 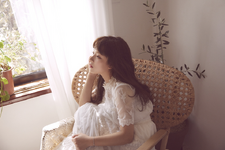 Retrieved from "https://kpop.fandom.com/wiki/Ben?oldid=148745"
Community content is available under CC-BY-SA unless otherwise noted.