Be.A (비에이) is a three-member boy group under Chrome Entertainment. They debuted on January 7, 2014 with their first mini-album Beyond The Ocean.

Their name was originally Gamulchi (가물치; lit. Snakehead) in Korean. In August 2014, they changed their name to match with their English name, K-MUCH (케이머치) due to its difficult pronunciation by international fans. On February 27, 2017, Chrome announced the group had changed their name to Be.A (Be Artist) and will re-debut on May 25 with new member, BomB. 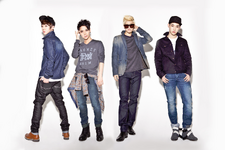 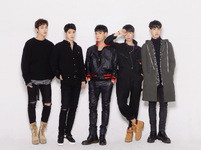 Retrieved from "https://kpop.fandom.com/wiki/Be.A?oldid=144602"
Community content is available under CC-BY-SA unless otherwise noted.