BONUSbaby (보너스베이비) was a six-member girl group under Maroo Entertainment. They debuted on January 1, 2017 with their first single "Urikiri". On September 10, 2018, it was announced that the group would go on hiatus and that Kongyoo had left the group.[1]

They have presumably disbanded after their profile was removed following Maroo's new website and branding update in July 2020 and Moonhee now listed as an actor under her full name.[2][3] 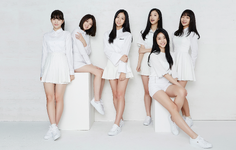 Retrieved from "https://kpop.fandom.com/wiki/BONUSbaby?oldid=249404"
Community content is available under CC-BY-SA unless otherwise noted.