Amber (엠버; also known as Amber Liu) is a Taiwanese-American rapper, singer-songwriter, and producer under Steel Wool Entertainment. She was the main rapper of the girl group f(x).

She made her solo debut on February 16, 2015 with the mini album Beautiful.

On September 1, 2019, her contract with SM Entertainment expired and she decided not to renew it.[2]

On September 1, 2009, she officially debuted in the newest SM Entertainment's girl group f(x), with their performance on MBC's Music Core of their first digital single, "La Cha Ta".

On February 16, 2015, she debuted as a soloist with her first mini album Beautiful, and its title track "Shake That Brass" featuring Taeyeon of Girls' Generation.

On July 10, 2018, she signed with Steel Wool Entertainment, a Los Angeles-based agency from the United States, in order to promote her activities in the country more actively.[1]

Following f(x)'s 10 year anniversary, on September 1, she announced via her social media accounts that she had decided to not renewed her contract with SM Entertainment.[2] 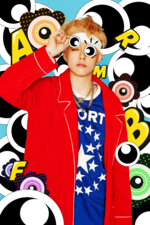 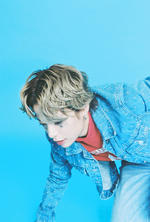 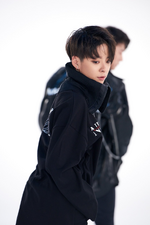 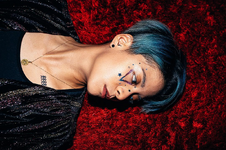 Retrieved from "https://kpop.fandom.com/wiki/Amber?oldid=169900"
Community content is available under CC-BY-SA unless otherwise noted.