MY (마이)
aespa (에스파; also stylized as æspa) is a four-member girl group under SM Entertainment. They debuted on November 17, 2020 with the digital single "Black Mamba".

Their name is a combination of "æ", which means 'Avatar X Experience', and "aspect", which means double-sided. Together it means that you would being able to experience a new world through another avatar of yourself.[1]

On October 26, 2020, an intro video was released on aespa's social media announcing the name and logo.[2] Later that day, it was announced that SM would be debuting a new girl group in November.[3][1] The next day, the group's first member, Winter, was officially revealed.[4][5] On October 28, the second member, Karina, was revealed.[6][7] The same day, a video shown during a press conference featuring Lee Soo-Man revealed the group will have four members, including Giselle and Ningning.[8] On October 29, Ningning was officially revealed as the group's third member.[9][10] On October 30, Giselle was revealed as the group's fourth and final member.[11][12]

On November 17, on their debut day, the group's fanclub name was announced to be "MY (마이)" which is the word used to mean "the most precious friend" in KWANGYA where aespa's avatar æ lives.[15] 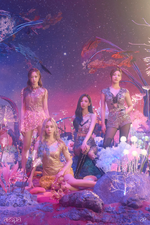 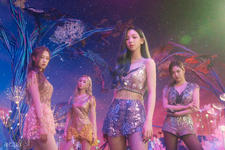 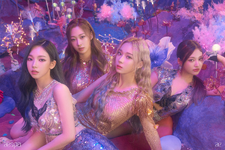 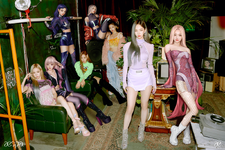 Retrieved from "https://kpop.fandom.com/wiki/Aespa?oldid=246017"
Community content is available under CC-BY-SA unless otherwise noted.