A Train to Autumn

A Train to Autumn (가을로 가는 기차; stylized as A train to autumn) is a four-member ballad group under Cube Entertainment. They officially debuted on November 5, 2018 with the single "That Season You Were In".[1]

On July 15, 2018, the group released a single titled "A Watercolor of a Rainy Day" which featured a male-female duet but did not reveal their identities. On November 2, 2018, Cube announced they will officially debut on the 5th with the first single "That Season You Were In", the first of their five-part project series.[1] 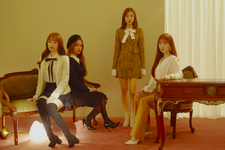 Retrieved from "https://kpop.fandom.com/wiki/A_Train_to_Autumn?oldid=147340"
Community content is available under CC-BY-SA unless otherwise noted.