AWESOME (어썸) was a four-member girl group under Midum Entertainment. They debuted on February 16, 2017 with the single "Topping Girl".

The group was last active in December of 2018 and it's presumed they disbanded shortly after. Their company also debuted a new group called GROW.B, which further supports the rumors of their quiet disbandment. 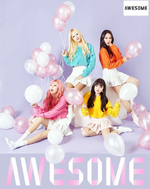 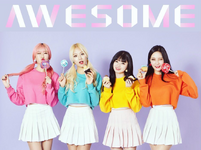 Retrieved from "https://kpop.fandom.com/wiki/AWESOME_(group)?oldid=190018"
Community content is available under CC-BY-SA unless otherwise noted.