ARIAZ (아리아즈) is a six-member girl group under Rising Star Entertainment. They debuted on October 24, 2019 with their first mini album Grand Opera.[1]

In early 2016, three trainees (Han Hye-ri, Kang Si-hyeon & Kim Yun-ji) from Star Empire Entertainment joined the survival reality show, Produce 101, as representatives of their agency. Kim Yun-ji was eliminated in episode 5 with her final rank being 84th place, Kang Si-hyeon was eliminated in episode 8 in 61st place while Han Hye-ri survived until the final episode but was eliminated in 12th place, only one rank below the debut cut off. Following the conclusion of the reality show, all three girls returned to Star Empire.[2]

Some months later, on May 7, an insider leak revealed that Star Empire Entertainment have made plans on debuting a girl group named OMZM that includes their Produce 101 contestant trainees, Han Hyeri, Kang Si-hyeon and Kim Yun-ji.[3] A few day later on May 11, it was announced that Shim Chae-eun, who was previously under Starship Entertainment joined Star Empire and had been added to their debut lineup.[4] However, by June 2016, Shim Chae-eun had left the lineup and future group updates went silent due to controversies with their other artists.[citation needed] A year later, Han Hye-ri was also announced to have left the lineup and the agency.[5]

In the later half of 2017, seven trainees under Star Empire joined a second survival reality called MIXNINE.[6] The trainees included Kang Si-hyeon and Kim Yun-ji, and also introduced five new trainees named Lee A-ra, Choi Ji-yeon, Jang Hyo-kyeong, Lee Si-eun and Lee Da-won. Of the seven girls, trainees Kang Si-hyeon, Kim Yun-ji and Jang Hyo-kyeong passed the auditions to become official contestants on MIXNINE. Kim Yunji and Kang Sihyeon were eliminated in episode 10 with their ranks being 36th place and 19th place respectively, meanwhile Jang Hyo-kyeong made into the top nine ranks, but was eliminated when the boys' team won against the girls', and hence ultimately did not get to debut.[7]

On September 16, 2019, Star Empire's affiliate label, Rising Star Entertainment, announced that Empire Girls would be officially debuting under the name ARIAZ in October.[1] The same day, their agency also opened the group's official SNS accounts[8] and released the first set of concept photos for three of the members, HyoGyeong, JuEun and SiHyeon.[9][10][11] The next day, the concept photos for the final three members were released, the members being, YunJi, YeoRi (Choi Ji-yeon) and DaWon.[12][13][14] On September 17, ARIAZ revealed they will be releasing a debut mini album, titled Grand Opera.[15] On September 30, Rising Star confirmed that the group will officially debut on October 24.[16] 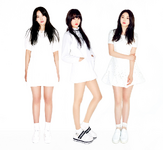 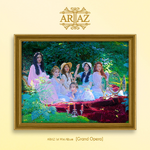 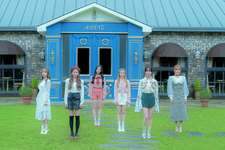 Retrieved from "https://kpop.fandom.com/wiki/ARIAZ?oldid=145404"
Community content is available under CC-BY-SA unless otherwise noted.