Prior to their debut, they released a digital single, "Wonderland", on August 15, 2019.

On August 15, the group released their first digital single, "Wonderland", as a pre-debut single along with a music video. An unrevealed girl was featured in the end of the video, who was later revealed, on August 26, as the sixth member and final member, Raon.[3]

On September 1, it was revealed that they would debut with the digital single album, "Boom Boom".[2] Two days later, the first group concept photo was released, along with the debut date, September 16.[4] Between September 13 and 15, the individual concept photos for each member were released before the album's official release the next day.[5]

Later on December 22, ANS revealed the addition of two new members to the line-up, who would debut with them in their first comeback in 2020.[6] The seventh member, J, was revealed on December 25 and the eighth member, Haena, on December 26.[7][8]

On December 30, 2019, it was released the group's first concept photo for their upcoming comeback, titled "Say My Name".[9] Their comeback was first premiered on M Countdown on January 9, 2020, and then officially released on digital platforms on the following day.[10] At the end of the music video for "Say My Name", the silhouette of a mysterious ninth girl can be seen joining the group's line up.[11]

On August 20, 2020, all the members, except Haena, announced on the group's fancafe account that they have terminated their contracts with their agency, and that the group has disbanded on August 11. They also reported that all employees of the agency were dismissed in March and April due to the COVID-19 pandemic, and that the company has also moved, leaving them without a management and practical rooms. Minutes after the post, the agency deleted all ANS' members posts on the account.[13][14]

During the announcement of the debut of ANS Entertainment's second girl group, MAJORS, on March 3, 2021, the agency revealed that the injunction filed earlier by the members for the contract dispute case was rejected by the court on November 24, 2020.[15] On March 11, 2021, it was reported that 6 out of the 8 members (with the exception of Bian and Haena) are still currently undergoing a dispute with ANS Entertainment to terminate their contracts: the agency still holds the members within their agency despite having disbanded their group and cannot leave due to their contracts.[16]

On September 17th, it was reported that members had won the exclusive contract dispute with their agency, ANS Entertainment. The court has ruled in favor of the members in the lawsuit. However, ANS Entertainment submitted an appeal once again.[17] 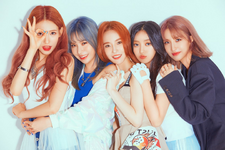 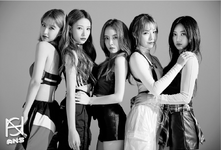 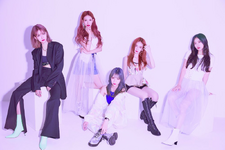 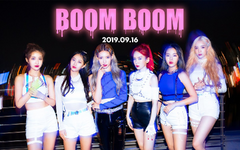 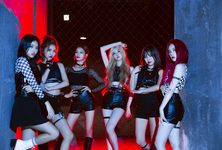 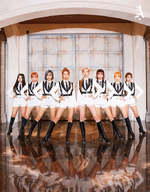 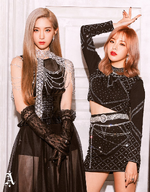 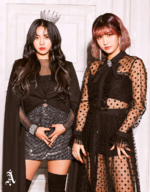 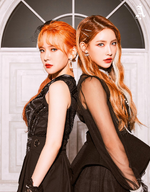