Akdong Musician (악동뮤지션), better known as AKMU, is a duo under YG Entertainment. Consisting of siblings Lee Chan Hyuk and Lee Su Hyun, they officially debuted on April 7, 2014 with the release of their full-length album Play.

Lee Chan Hyuk and Lee Su Hyun, were born in South Korea, their father's missionary work caused the family to move to Mongolia for almost five years before returning to South Korea to pursue a career in the music industry.[1] Due to his parent's financial difficulties, his parents suggested they be home-schooled.[2]

In 2013, the siblings auditioned for the second season of the reality show K-Pop Star finishing in first place and signing a contract with YG Entertainment.[3]

2014: Debut with Play, "Time and Fallen Leaves" and first concert

On March 31, YG Entertainment announced that the group would debut on April 7 with their first album Play containing 11 tracks produced by Lee Chan Hyuk and three title tracks, "Melted" chosen by the duo, "200%" chosen by YG Entertainment, and the third title track, "Give Love", was chosen on April 14 after a round of fan voting..[4] On April 2nd the album tracklist was revealed.[5]

On October 10, the duo released their first digital single "Time and Fallen Leaves".

On November 21, the duo hold their first concert titled "AKDONG MUSICIAN’s First Tour Concert: AKMU CAMP". YG Entertainment commented, “From November 21 to 23, AKMU is to hold their concert at Hannam’s Blue Square Samsung Card Hall. It is titled ‘AKMU CAMP’ as the two will create a camping atmosphere where the fans can listen to their music in a casual and comfortable way.[6]

On December 22, 2016, YG Entertainment uploaded a poster that announces the release of the duo 20-minute long musical short film Spring of Winter, and announcing the release of the duo second full album Winter on January 3, 2017. [10] On December 28, 2016, The full track list was revealed, with Lee Chan-hyuk producing and writing all the songs on the album.[11] On January 1, 2017, a short musical film was released. On January 3, 2017 the MV for the title track "Last Goodbye" was released.[12]

On July 14, YG Entertainment revealed two teaser images and a short clip, which hint at a spooky concept for the new single album, to be released on July 20.[13] In following days, teaser images were released with the captions “New Summer Episode Scene #1” and “New Summer Episode Scene #2".[14] On July 19, Summer Episode tracklist was revealed containing double title tracks.[15] "Dinosaur", which marks the duo's first time taking on the EDM genre, is a track about the feelings of fear that Chanhyuk had to endure alone as a child, whereas "My Darling", contains Akdong Musician’s characteristic cheerful, acoustic sound.[16]

On September 13, YG Entertainment confirmed Lee Chan Hyuk would enlist for his mandatory military enlistment on September 18, with the Korean Marines to gain valuable life experience like his friends and for inspiration in songwriting, thus halting all activities of the duo.[17][18]

On May 29, Chan Hyuk successfully fulfilled his mandatory military service and was discharged, thus also simultaneously resuming the activities of AKMU.[19]

On September 5, YG Entertainment released a poster announcing the duo comeback in two years and two months, since Summer Episode in July 2017.[20] On September 6, a video teaser was released revealing the group's third album Sailing.[21] On September 9, a teaser was revealed informing that the album would be released on September 25, with the title track "How Can I Love the Heartbreak, You're the One I Love".[22]

On October 16, Lee Su Hyun made her solo debut with her first digital single "Alien".

On November 8, YG Entertainment announced that the duo would make their comeback on November 16, with their third digital single "Happening"[23]

2021:Contract renewal and Next Episode

On January 26, it was announced that the duo had renewed their contract with YG Entertainment for another 5 years.[24]

On July 12, it was announced that the duo would make their comeback on July 26 with their first collaboration album titled Next Episode with "Nakka" serving as the album's title track.[25] On July 16, YG Entertainment informed that the duo would release a music video for each of the 7 tracks on the album.[26] On July 21, the music video for "Hey Kid, Close Your Eyes" was released as a pre-release to the album. 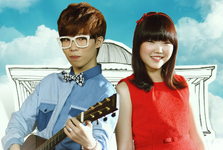 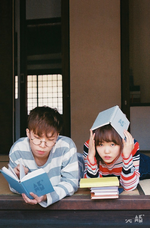 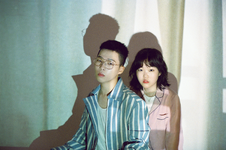 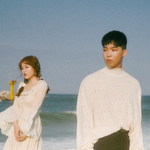 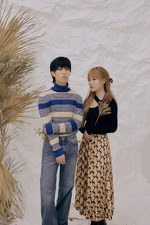 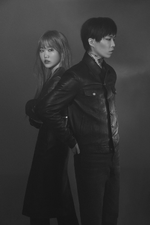 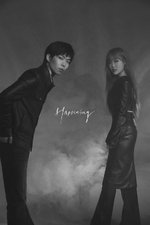 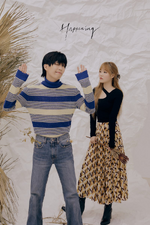 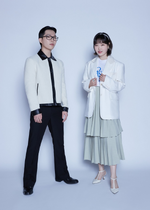 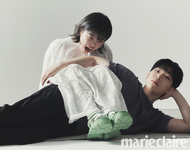 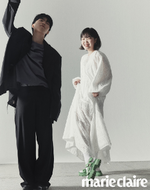 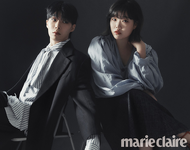