Sweet Voice
8eight (에이트) was a three-member co-ed group under BigHit Music and Source Music. They debuted on August 25, 2007 on MBC's Music Core.

They temporarily disbanded on December 21, 2014 following the members' decision to go separate ways for their future music careers.[1] 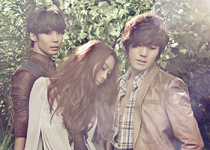 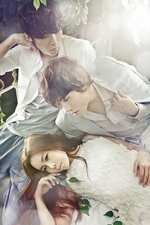