4NIA
4minute (포미닛; also stylized as 4Minute and 4MINUTE) was a five-member girl group formed by Cube Entertainment in 2009. They released their debut single "Hot Issue" on June 15, 2009 and made their debut stage June 18, 2009 on Mnet's M! Countdown.

On June 15, 2016, Cube announced the group's disbandment after the members (with the exception of HyunA) decided not to renew their contracts with the agency.[1][2][3]

Cube Entertainment announced on May, 2009 that they would be debuting a girl group and had also released the two identities of two of the members: Nam Jihyun (the leader) and Kim Hyuna, who was a former member of Wonder Girls. On June 11, they released their silhouette teasers online, along with their official website. The remaining three members' identities had not been released until June 12.

On June 10, Cube released a teaser for their first single "Hot Issue" and later released the full music video on June 18, 2009. They promoted the song from its release until August. At the end of August, they released a mini-album called, "For Muzik" and promoted "Muzik" which served as their second single. They won a Mutizen Award and a Mnet Award for "Muzik", shortly after they released their third single called, "What A Girl Wants".

On June 21, a week after the start of "Hot Issue" promotions fans stole various items from the group's van, including clothing. In response Cube Entertainment stated, "It was very unfortunate that such an ordeal occurred." Two months later KBS banned the playing of, "Won't Give You (안줄래)" because of the lyrics in which they considered to be overly sexual content. In response Cube stated that the lyrics intended to mean "about the pure feelings of a girl to a guy." and they were disappointed that they interpreted the lyrics as something sexual. 4minute was featured in fellow label-mate Mario's Christmas digital single "Jingle Jingle", which was released on December 2, 2009; the music video premiered online on December 3, 2009. They also recorded a remix with American artist Amerie for her song "Heard 'Em All" that was released on the Asian version of her fourth album.

2010: Hit Your Heart and Japanese debut

Cube Entertainment announced that Universal Music Group would be assisting 4minute with an international launch of their album. They embarked on their Asia Tour that started in January and followed into other countries such as Taiwan, Philippines, Thailand, Hong Kong, and Japan. They had their first solo concert in Japan on May 8, 2010. Cube Entertainment announced that the tickets to the concert had been sold out in a very short period of time. For their first solo concert in Japan, they performed in front of an audience of 4,000. On April 23, 2010 a new repackaged album of 4minute was sold in Taiwan including HyunA's solo debut "Change" featuring Junhyung of BEAST and their duet song with Amerie "Heard Em All", as well as a bonus DVD of their concert in Taiwan. 4minute released a new mini-album entitled HuH (Hit Your Heart) for their comeback on May 19, 2010. Along with this, they also released the first single from it, titled "HuH". In the first track "Who's Next?", 4minute's fellow label-mates, the members of BEAST, were featured and also appeared in the music video for "HuH" and "Who's Next". They released a new music video for "I My Me Mine" their second single from "Hit Your Heart" on July 5, 2010. Cube Entertainment also announced "I My Me Mine" as their next Japanese single. Three different editions of the single were released.

On July 19, 2010, the song "Superstar" was digitally released for the Korean TV show Superstar K2. 4minute also performed the song live, to further promote the show. They performed for Celebration at Marina, the warm-up concert for the Singapore Youth Olympic Games 2010, on August 13, 2010 together with BEAST, becoming the first Korean artists to perform for the Youth Olympic Games.

In September, Far Eastern Tribe Records announced a third Japanese single and their first double single, entitled "First/Dreams Come True". After a teaser was released, the full music video for "First" was officially released on 21 October 2010. The single was released on October 27, 2010. 4minute had their second solo concert entitled 4Minute Energy Live Volume 2: Diamond. It was held for two nights in Tokyo on December 4 and December 5, 2010 in Osaka. It also marked the start of their promotions for Diamond which was released on December 15, 2010 and debuted at the number 18 spot on the Oricon charts.

In May 2010, South Korea began broadcasting to the North on the FM station "Voice of Freedom". Among the songs broadcast was 4minute's "Huh". The lyrics include the lines, When I say I want to appear on TV, when I say I want to become prettier, everybody says I can’t do it. Baby, you’re kidding me? I do as I please. This was supposed to make North Korean listeners aware of the greater opportunities available in the South.

On January 13, 2011 4minute participated at DiGi Live K-Pop Party 2011 in Malaysia at Stadium Negara together with BEAST and G.NA. The group received the Bonsang Award at the 20th Seoul Music Awards on January 20, 2011. On February 6, the group attended the 2010 Billboard Japan Music Awards, and received the "K-Pop New Artist Award".

On January 19, 2011, it was announced that 4minute would be releasing their fourth Japanese single, "Why" on March 9, 2011 and that is the theme song to TV Asahi drama, "Akutou~Juuhanzai Sousahan". The MV teaser for "Why" was released on January 21, 2011 and the music video was released on February 7, 2011.

On February 23, 2011, the group modeled for the well-known bridal designer Yumi Katsura at her "2011 Paris Grand Collection Tokyo Fashion Show" held in Tokyo’s Ryogoku Kokugikan. At the end of the show they performed their songs Muzik (Japanese version) and WHY. They performed at 50th Anniversary Music Wave Concert in Thailand on March 12, 2011.

On January 12, 2011 Cube Entertainment announced that 4Minute would be returning with a full official album in March. After several teasers were released with the name "Steal 20", 4minute released their third mini album, titled Heart to Heart featuring five new songs, with a title track titled "Heart to Heart". The MV teaser for "Heart to Heart" was released on March 28, 2011 and the music video was released on March 29, 2011. The MV also stars CNBLUE's Jungshin. With the release of the third mini-album, it confused many fans, but Cube Entertainment explained that it was a new form of marketing, and that a full Korean Album was coming in April. This was confirmed after an alternate version of the Heart to Heart intro track "4minutes Left", featuring a much heavier dance beat was revealed.

On April 5, 4minute released their first full length Korean album titled 4minutes Left, along with the highly anticipated video for their Shadow Title Track "Mirror Mirror (거울아 거울아)". The album consists of all the tracks the Heart to Heart digital EP had, along with "Hide and Seek" and "Already Gone" which were from their debut album in Japan, Diamond, as well as the new shadow title track ""Mirror Mirror"" ,another new song titled "Badly" and a Korean remake of their third Japanese single "First". The Album and two lead promotional singles are maintaining their positions in the top 10 of many Korean real-time Charts.

4minute made a comeback after a year hiatus through Mnet's M! Countdown on April 7, 2011, to further promote the album. Despite the song's success, controversy followed because of the song's provocative spread leg choreography for "Mirror, Mirror" with various Korean music programs demanding it be changed or 4minute would not allowed to be perform the song on their shows. Their new choreography debuted on M! Countdown April 14, 2011.

4minute planned they would release their 5th Japanese single "Heart to Heart" and their first DVD "Emerald of 4minute" on September 7, 2011. On August 3, 2011, 4minute released their music video for "Freestyle" and "Freestyle" is the song for a street basketball game called "Freestyle". The girls revealed the album jacket photos for the Japanese version of "Heart to Heart" on August 7 and on August 8, they revealed the audio teaser of the song and they revealed the music video teaser last August 12, 2011. On August 15, Universal Music Japan released the music video for "Heart to Heart". The single and DVD both ranked in the position 15 on the first day of sales in Oricon's Singles and DVD daily chart.

It was rumored that the group would make a comeback in November with a new mini-album.

On October 1, the group's Japanese agency, Far Eastern Tribe Records, announced the group's 6th Japanese single titled "Ready Go", which was planned to release in December 7. The song was a soundtrack for the TV Tokyo's drama "Welcome to the El-Palacio", which started to air on October 6. A 45 seconds teaser of the song was revealed on the same day. 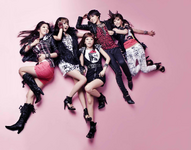 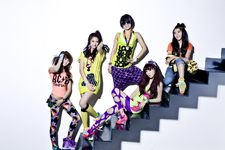 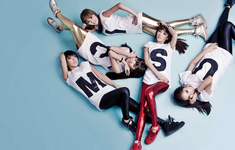 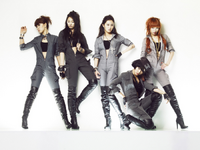 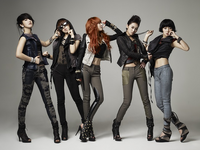 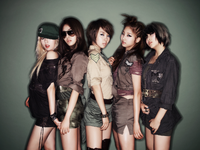 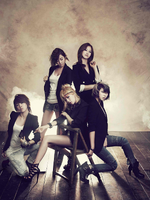 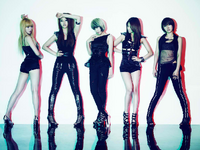 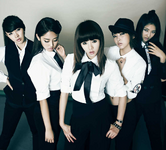 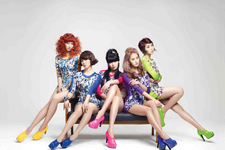 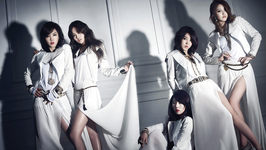 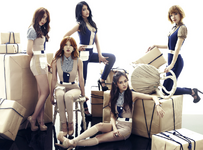 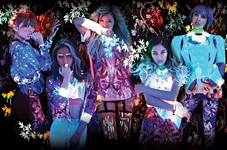 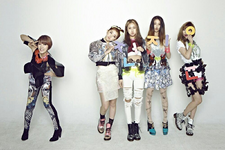 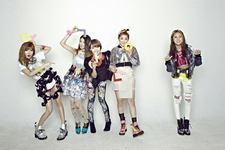 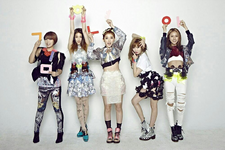 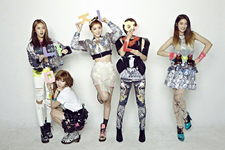 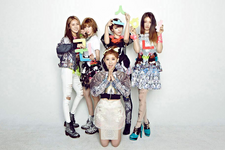 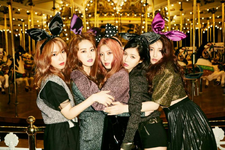 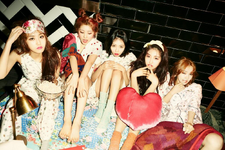 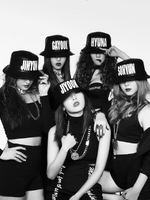 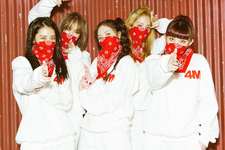