4 Walls is the fourth full-length album by f(x). It was released on October 27, 2015 with "4 Walls" serving as the album's title track. "Diamond" was also promoted on music shows.

The record's musical styles are diverse, incorporating the group's signature electropop and synthpop sound with elements of various genres including house, EDM and UK garage.

It marked the group's first release as a four-member group after former member Sulli left the group in August 2015.

The album's visuals and packaging won a iF Design Award in 2016 for Design Excellence.[1] The jury praised the attention to detail and consistency of the concept: "The logo released before the official release of the album shows four walls forming a room and also f(x). In another logo, four walls formed the number "4" while a box was formed for another different logo. The four walls refer to the four members of f(x) while also embracing various shapes and meanings. On the whole, it maintained the association with the exhibition held as a part of the comeback promotion, [...] by being created to look like a catalog for an exhibition."[1]

An art exhibition to showcase and tease the group's comeback, [4 Walls] An Exhibit, was set up in Itaewon, Seoul and ran from October 21 to 26.[2] It is described as "an installation art of f(x) music and video contents". The theme of the exhibit changed daily, and the exhibition could only be seen beyond the glass from the street.[3] The album's track list was revealed there. 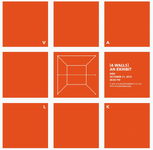 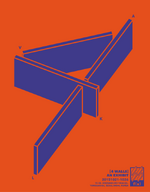 The album received favorable reviews from music critics, who noted that the other members had the opportunity to showcase their vocal abilities more following the departure of Sulli.[4]

The album was a commercial success in South Korea, selling 75,625 copies in 2015 among the two months of its release and becoming the 33 biggest-selling album of the year in the country.[5] The title track was also the group's most successful single since "Rum Pum Pum Pum", selling over 619,022 units as of June 2016.

On November 25, 2015, exclusive 4 Walls merchandise was made available for sale at SMTOWN Stardium stores in Seoul, and at the Everysing store of Incheon Airport.

In November 2018, a 4 Walls LP coaster was added for sale at SMTOWN &CAFE and online store. 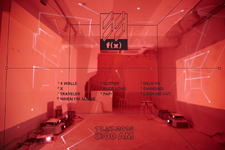 Retrieved from "https://kpop.fandom.com/wiki/4_Walls?oldid=236294"
Community content is available under CC-BY-SA unless otherwise noted.