Black
Hot Pink
2NE1 (투애니원) was a four-member girl group under YG Entertainment. They debuted on May 6, 2009 with the single "Fire".

Their name stands for "New Evolution of The 21st Century" and is pronounced as "To anyone" or "Twenty-one".

Prior to their debut, the group appeared alongside labelmates BIGBANG for the commercial song "Lollipop" in 2009.

The group was first mentioned in the press in late 2008. Originally planned to be a trio, it was to consist of members CL, Bom and Minzy. The fourth member, Dara, was added later and the group was unveiled in its final form in the "Lollipop" video. In 2010, Yang Hyun Suk, CEO of YG Entertainment, stated that present members Bom and Dara were going to be placed into a group with actress and labelmate Ku Hye Sun.

"Lollipop", a commercial single advertising the LG Lollipop phone, was released on March 27, 2009, as 2NE1's first song. It was a collaboration between 2NE1 and BIGBANG. The single was not promoted, but it managed to reach number one on various online charts. "Lollipop" is not considered to be the group's debut song.

In April 2009, Yang Hyun Suk stated that 2NE1's debut song would be hip hop and reggae oriented. "Fire" was released on May 6, 2009, and was accompanied by two music videos. The song also went to number one on various charts and garnered 2NE1 their first music station awards on Inkigayo. Following "Fire" was the release of the group's 1st Mini Album, promoted with the song "I Don't Care", which would later go on to win various end of the year and music station awards.

The group went on brief hiatus post-promotion of "I Don't Care", and the members promoted individual songs. Dara went on to promote her song "Kiss", Bom promoted ""You And I"", and CL and Minzy released "Please Don't Go". Each of the songs achieved various levels of success, with "You And I" topping many online charts and winning various awards.

2NE1 released the single "Follow Me" without previous announcement on February 9. The song went to number one the week of release on the official Gaon Chart, and in total, sold over one and a half million downloads.

The following summer, the members went to Los Angeles and London to record new songs with Black Eyed Peas member will.i.am for a new English album. Yang Hyun Suk stated that the album is in progress and set for release after 2011.

In August, 2NE1's comeback plans were announced. The group teased their comeback until September 9, 2010, when To Anyone was released. To Anyone was the group's first full length album and it debuted at number one on the Gaon Chart. To promote the album, 2NE1 performed "Can't Nobody", "Go Away", and "Clap Your Hands" on the various music shows and they reached chart positions of two, one, and three, respectively.

The album's main title tracks won eleven music station awards and many end of the year awards. Following their promotion, 2NE1 released the music video for their follow up track, "It Hurts (Slow)". The live performances and music video were themed for Halloween and the autumn season.

2NE1's Japanese activities were announced on October 28. 2NE1 became signed to major Japanese label Avex Group, and were set to release their first album in December with an extra track. However, the release was postponed indefinitely. "Don't Stop the Music" was the last musical release from 2NE1 that year, and it was exclusively as a "gift for Thai fans".

2NE1's Japanese debut was re-planned for March 2011. The song "Go Away" was selected to be the first Japanese single. However, the group faced difficulties after the the 2011 Tohoku earthquake and subsequent tsunami, and their activities were postponed again.

As a result, it was decided by YG Entertainment that the group would promote in Korea again. Bom's solo song "Don't Cry" was released first on April 21, and was then followed by the group song "Lonely" on May 12, 2011. Both songs reached the apex of the Gaon Chart. Neither were promoted extensively on music shows, as well. On June 24, 2011, the group released "I Am The Best" at midnight. The song also reached number one and gained international notoriety. The plans for a mini album then stated that another digital single would come and then be followed immediately by the release of their 2nd Mini Album.

"Hate You", originally titled "Fuck You" and was to be released as the Japanese bonus track for To Anyone, was announced to be the next single. It was released one week prior to the mini album's release on July 28, 2011. The mini-album was promoted through the song "Ugly", which reached number one on the Gaon Chart, surpassed "Hate You" which only climbed to number three.

Following the mini album's release in Korea, the group began to promote in Japan. Avex Group and YG Entertainment partnered to form YGEX, a record label to promote exclusively YG Entertainment artists. 2NE1, now signed under the new YGEX, released three digital singles (Japanese versions of "I am the Best", "Hate You", and "Ugly") until the release of their debut Japanese mini album Nolza. Nolza was released on September 21, 2011, and reached number one on the Oricon weekly chart with over 20,000 copies sold.

"Go Away", originally set for release earlier that year, enjoyed a new release date of November 16, 2011, as 2NE1's debut physical single in Japan. The song peaked at number fourteen. The end of the year was marked by releases of the group's live album and DVD for their first concert, Nolza.

2012: Activities in Japan and the United States

Yang Hyun Suk announced that the English debut will be released near the end of 2012.

On January 5, 2014, 2NE1 announced they would be holding their second world tour, All Or Nothing, starting in March and that they would be releasing a new album soon.[3]

On February 27, 2NE1 released their second Korean full-length album, Crush. A Japanese version of the album was released on June 25.

In July, Park Bom came under fire in an alleged drug scandal, which led to her hiatus from domestic activities including stepping down from the variety show Roommate.[4]

On December 21, 2NE1 performed at the SBS Gayo Daejeon without Park Bom for the first time.[5]

After an almost year-long hiatus, the group held a surprise stage at the 2015 Mnet Asian Music Awards on December 2 as a full group, performing their hit songs "Fire" and "I Am the Best."[9]

On April 5, 2016, YG confirmed the Minzy's departure from the group and agency. YG also stated that 2NE1 would continue as a trio.[10] On November 25, 2016, YG announced that the group would be disbanding; CL and Dara remained signed as solo artists and renewed their contracts, while Bom was released from her contract.[1] On January 5, 2017, YG announced that 2NE1 would release one last song as they were not able to say their final goodbyes to fans due to their sudden disbandment. Minzy did not participate due to being signed with a different agency.[11] Their final single "Goodbye" was released on January 21, 2017.

On April 10, 2021, Park Bom attended a radio show where she revealed that the 2NE1 members met up and recorded a song for the group's 11th anniversary. She later stated that she doesn't know if they will ever release it.[12]

On April 16, CL took part of 88rising's "Heads In The Clouds Forever" set at Coachella. She was later joined on stage by her 2NE1 bandmates and performed "I Am The Best", making it their first performance together in six years.[13] 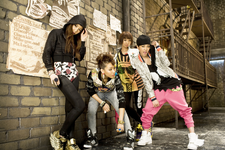 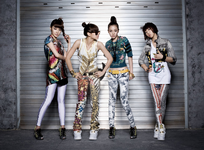 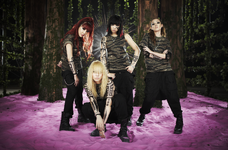 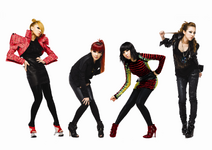 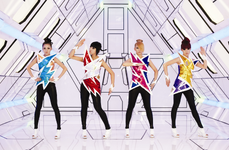 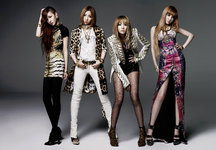 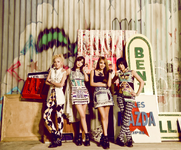 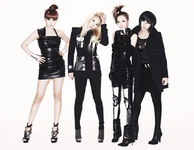 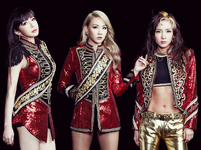 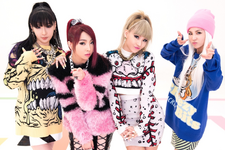