2020 (G)I-DLE World Tour 'I-Land : Who Am I' was a planned concert tour by (G)I-DLE. Expected to be the group's first world tour, it was originally set to begin on April 4, 2020 in Bangkok but was ultimately canceled due to the COVID-19 pandemic.

At midnight KST on January 20, 2020, (G)I-DLE posted a teaser photo with the words "I-Land" and caption "coming soon" throughout their social media. It was revealed on the 23rd through another teaser that the group would be holding their first world tour.[2] On January 27, locations and dates for the tour were revealed.[3]

Tickets for the North American leg went up on sale on January 31 through Live Nation.[4] 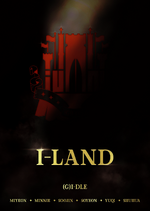 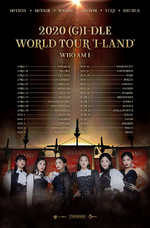