TEAM ONE
1TEAM (원팀) is a five-member boy group under Liveworks Company. They debuted on March 27, 2019 with their first mini album Hello!.

BC and Rubin had experience in the music industry prior to debut. BC was a former member of the boy group I-REX until its disbandment. He was also a former contestant on the idol survival reality show, BOYS24, and was a member of their pre-debut boy group of the same name. He later went onto another idol survival reality show, MIXNINE, but was eliminated.

Like BC, Rubin was also a former contestant on the idol survival reality show, BOYS24, a member of BOYS24, and also participated on MIXNINE, but unlike BC, he made it into the top 9 ranks to debut. However, their debut was canceled due to disagreements with contract lengths between YG Entertainment and the trainees' individual companies.

On December 17, 2018, Liveworks Company released profile images and interview videos of the members for their upcoming boy group, then known as TEAM LWZ. Another set of photos was released on December 24.[1]

Liveworks announced on March 4 that the group will make their debut on March 27 under the name 1TEAM.[2]

The group officially debuted on March 27 with their first mini album Hello!.

On July 9, the group announced their fandom would be called TEAM ONE.[3]

On July 11, 1TEAM made their first comeback with their second mini album Just.

On November 6, the group made another comeback with their third mini album One.

On July 15, 1TEAM announced a digital single project. The first single, "Ullaeli Kkollaeli", will be released on August 8 and is composed by member BC.[4] 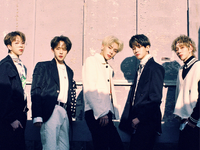 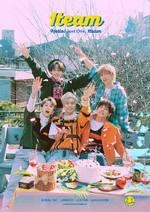 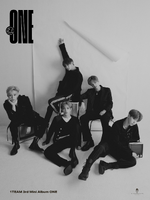 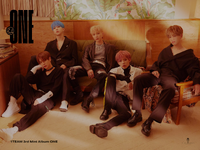 Retrieved from "https://kpop.fandom.com/wiki/1TEAM?oldid=219813"
Community content is available under CC-BY-SA unless otherwise noted.