05Class (05클라쓰) is a seven-member trainee girl group under J Planet Entertainment. They are expected to make their debut in 2021.

The girl group's concept is a 'class of young girls who were born in 2005.'

At the beginning of 2020, J Planet Entertainment opened SNS accounts for their new upcoming girl group '05Class'. During the first half of the year, the group line up consisted of five members, which included Sua, Seoyeon, Yeham, Dahyun and Taehee. However, Dahyun and Taehee later departed from the group. As a result, four new members were added, which consisted of Geumhee, Naeun, Yoonjung and Duna. By the beginning of 2021, pre-debut members Naeun and Yoonjung had also departed, but in April, a new sixth member was added, named Gaeun. On August 18, 2021, they introduced a new member Sona. 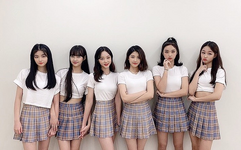