&AUDITION Boys is the tentative name given to HYBE Labels Japan's upcoming multinational boy group. They are set to make their debut in 2022.

On January 1, 2021, HYBE Labels Japan announced its "Big Hit Japan Global Debut Project" (later renamed as "HYBE LABELS JAPAN Global Debut Project") to produce artists who will make their start in Japan before going on to perform on the world stage. It was announced that I-LAND contestants K, Nicholas, EJ, Kyungmin, and TAKI would be part of the project with auditions to be held for additional members before the group debuts sometime in 2021 (later revised to 2022).[1][2]

However, on May 31, 2021, it was announced by HYBE Labels Japan that Kyungmin would depart from company after discussing and realizing there were differences in the directions being sought.[3]

On November 4, 2021, HYBE Japan announced that the audition show &AUDITION - The Howling - would be broadcast in Japan and streamed worldwide on YouTube in 2022 with K, Nicholas, EJ, and TAKI to make an appearance on the show. An official Twitter account for the four members (under the name "&AUDITION Boys") also launched on the same day.[4][5] On March 9, 2022, it was confirmed that the show will be airing on July 2022 through Nippon TV, Hulu and Hybe Label's YouTube channel.[6]

The group currently consists of four members with additional members to be recruited through the auditions show &AUDITION - The Howling -.[7] 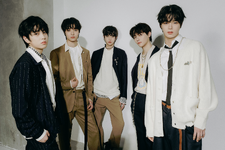